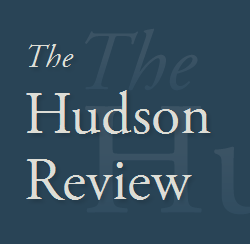 Anyone worried about the health of ambitious figurative painting can relax for a while. A quartet of recent New York exhibitions, by Graham Nickson, Robert Berlind, Susannah Phillips, and Neo Rauch, offered proof of the vigor of the genre.

Around the corner on 57th Street, at Lori Bookstein Fine Art, Susannah Phillips showed a group of modest, elegant, introspective pictures, mostly still lifes, with a few figures. I suppose the most expedient way of describing them is to say "early Gorky meets Morandi," but I don't mean that to be dismissive. From Gorky (with whom Phillips has a complicated family connection) she has learned how to suggest the weight and mass of the human body with flat, simplified shapes and strategically placed sweeps of line. From Morandi, she has learned how to construct lucid, rock-solid, geometric tabletop worlds. And she has combined what she learned into an intimatist approach all her own.

Phillips builds minimal, near-abstract images out of broad, dense planes of greys, near-mauves, tans, and creams with rare notes of more intense color. Like her imagery, her moody palette is deliberately restricted, but exquisitely adjusted. The cumulative effect of Phillips' intimate, unpretentious paintings was rather like listening to a performance of chamber music by highly skilled nonprofessionals, in the privacy of your own home—no theatrics, no bombast, just intelligent, accomplished, and deeply felt artistry, up close and personal.