The friendship of Varujan Boghosian and Philip Guston began in 1970, when they first met at the American Academy in Rome, and continued until Guston's death in 1980.  The show tracks a decade of correspondence, bringing together thirteen letters written by Guston to Varujan, along with boxed and free-standing constructions Boghosian made in homage to his late friend.  Six of these letters are illustrated with quintessential Guston motifs, such as the pointed hand and smoking cigar, and address issues of his own impending mortality with the same satire that is so readily apparent in his late oeuvre.

Guston's letters are written and illustrated with an assured and graphic hand. The artist's penmanship, much like the ink strokes of his drawings, inspires sensations of both spontaneity and formal charm. The content of the correspondence, meanwhile, ranges from medical updates to more candid inquires of gallery sales and exhibition news. However, beyond the insuppressible energy and manifest tenderness contained within, these letters point to a relationship centered on mutual respect and shared inspiration.

In the years since Guston's death in 1980, Boghosian has looked to the illustrated letters as the animus for a series of works which evoke their spirit and play. A piece titled Life is a Dream, assembled from a children's game, fleshes out a bisected quotation by the poet Pedro Calderon de la Barca. The somber Smoking encases a lonely cigar in a wood box, a water stain serving in place of a puff of smoke—a touching commemoration of Guston's old habits and favored motifs.

Varujan Boghosian (b. 1926, New Britain, CT) received his BFA in 1957 and MFA in 1959 from Yale University School of Art and Architecture. Public collections include the Boston Museum of Fine Arts, the Hood Museum of Art, the Metropolitan Museum of Art, the Museum of Modern Art and the Whitney Museum of American Art. The artist, retired from a 35-year teaching career at Yale, Brown and Dartmouth, lives and continues to work in Hanover, New Hampshire.

Art and Letters: Varujan Boghosian and Philip Guston will be on view from March 29, 2012 through April 28, 2012 with an opening reception on March 29th from 6-8 pm. Gallery hours are Tuesday through Saturday, 10:30am to 6:00pm. For additional information and/or visual materials, please contact the gallery at (212) 750-0949 or info@loribooksteinfineart.com. 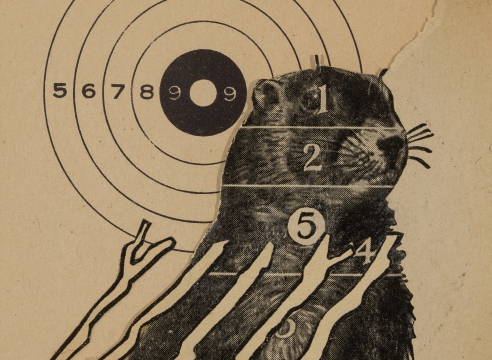