Lori Bookstein Fine Art is pleased to announce an exhibition of paintings by Diana Horowitz. This is the artist’s first solo show at the gallery.

This exhibition will feature a series of small paintings depicting the landscape of and around Lake Como, Italy. Attempting to capture the changing light splashed across the lush Italian landscapes, Horowitz often paints en plein air.  By carrying her small canvases (measuring only a few inches in each dimension) around with her she is able to chase the light that is so critical to her work. The effects she captures – reflections gleaming off the water’s surface, the sun’s rays filtering through the morning fog, or a dark shadow obscuring the side of a hill – are subtle, but lead to the creation of paintings that are both nuanced and carefully balanced. The artist creates the relaxed atmosphere of a lakeside retreat through her earthy palette and concentration on color.

Horowitz’s use of quick brushwork creates geometric shapes that layer to form the landscape and houses that circle the Italian lakeside. For example, in Varenna and Bellagio, quadrilaterals rest atop one another to create the small building along the left of the canvas, while curvilinear swathes of green form the hills in the background.  Color also helps juxtapose the man-made against the natural: the terra cotta red rooftops stand in sharp contrast to the mossy green hills and seafoam green water. Horowitz’s soft geometry, keen sense of color and innate sense of light work together harmoniously in these small but impactful works. 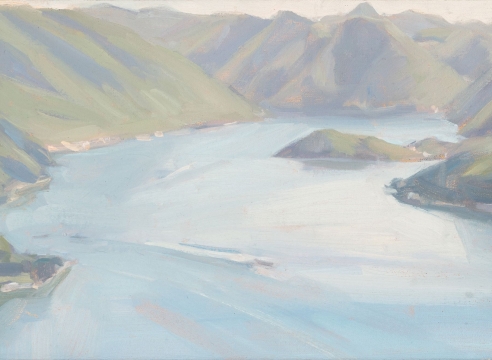 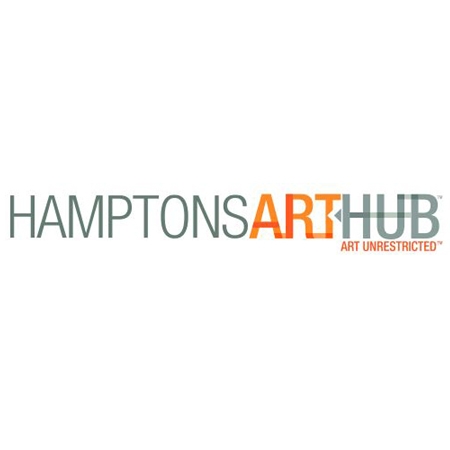