Lori Bookstein Fine Art is pleased to announce an exhibition of recent work by Elena Sisto. This is the artist's second solo show with the gallery. An illustrated essay by Robert Storr is available.

For this exhibition, Sisto will present a series of new paintings that focus on the artist’s studio and herself. Several works depict iterations of the artist’s own tightly-cropped reflection in a mirror in which she is either answering the telephone, taking a bite of salad or washing her hands. Seemingly captured at some interstitial moment, these paintings attest to the domestic “realities” of studio life. Often times, the bevel of the glass or the frame of the mirror highlight the fact that this is a painting of a reflection and thus the viewer is twice removed from the subject depicted. Indeed, Storr writes of the series: “The compositions of these incomplete self-portraits are jig-saw puzzle tight even as the poses suggest a near loss of control over the items she clutches.  That said Sisto never loses control over the strokes that describe these dense amalgams of body parts and objects. Indeed her relaxed command of every mark, whether broad or relatively precise but always painterly, is a principal source of the pleasures provided us.”

In other paintings, the artist so closely crops the compositions that there seems to be no space at all between the subject and the picture plane. In one particular painting called Etsy Sweater, a view of the artist looking down at her lap depicts hands so large they not only dwarf the tail of the dog she holds, but they seem so enormous as if to crush it. The composition in these compressed views, or “cinematic extreme close-up” as Storr refers to it, “defies expectations – of actual intimacy? of narcissistic self-betrayal? – by concealing far more than it reveals, that is by transforming the body into a mask.”

Elena Sisto (b. 1952) lives and works in New York. She received her BA in Art and Art History from Brown University and Rhode Island School of Design and studied at the New York Studio School. The artist has been included in numerous museum exhibitions including those at the Wexner Center for the Arts, Katonah Museum of Art, and most recently, a traveling exhibition that started at Miami Dade Museum of Art + Design and traveled to the University of Florida, Gainesville. In addition, she was included in the 43rd Biennial of Contemporary American Painting at The Corcoran Gallery, Washington, DC. She is the recipient of numerous awards and fellowships including the John Simon Guggenheim Memorial Foundation Fellowship, the Inglis Griswold Nelson Prize from the National Academy Museum and School, and the National Endowment for the Arts Visual Artist's Fellowship. She was inducted into the National Academy Museum in 2015. The artist lives and works in New York.

Elena Sisto: Afternoons will be on view from March 17 – April 23, 2016. An opening reception will be held on Thursday, March 17th from 6-8 pm. Gallery hours are Tuesday through Saturday, 10:30 am to 6:00 pm. For additional information and/or visual materials, please contact Joseph Bunge at (212) 750-0949 or by email at joseph@loribooksteinfineart.com. 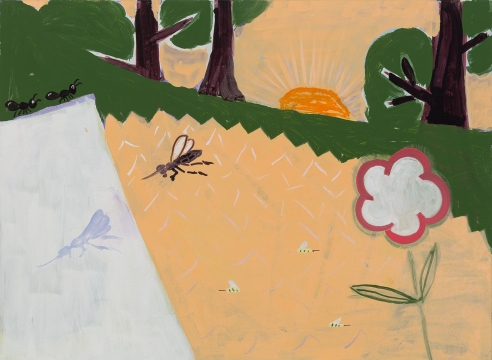 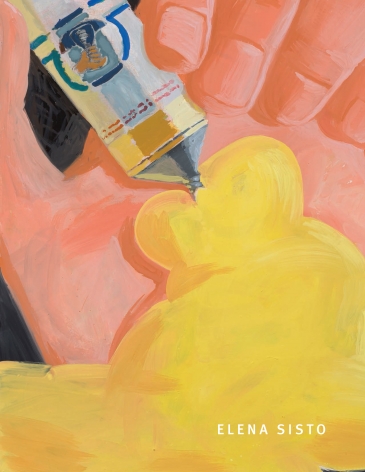 Elena Sisto: What Gets You Up in the Morning and Keeps You Going at Night
2016