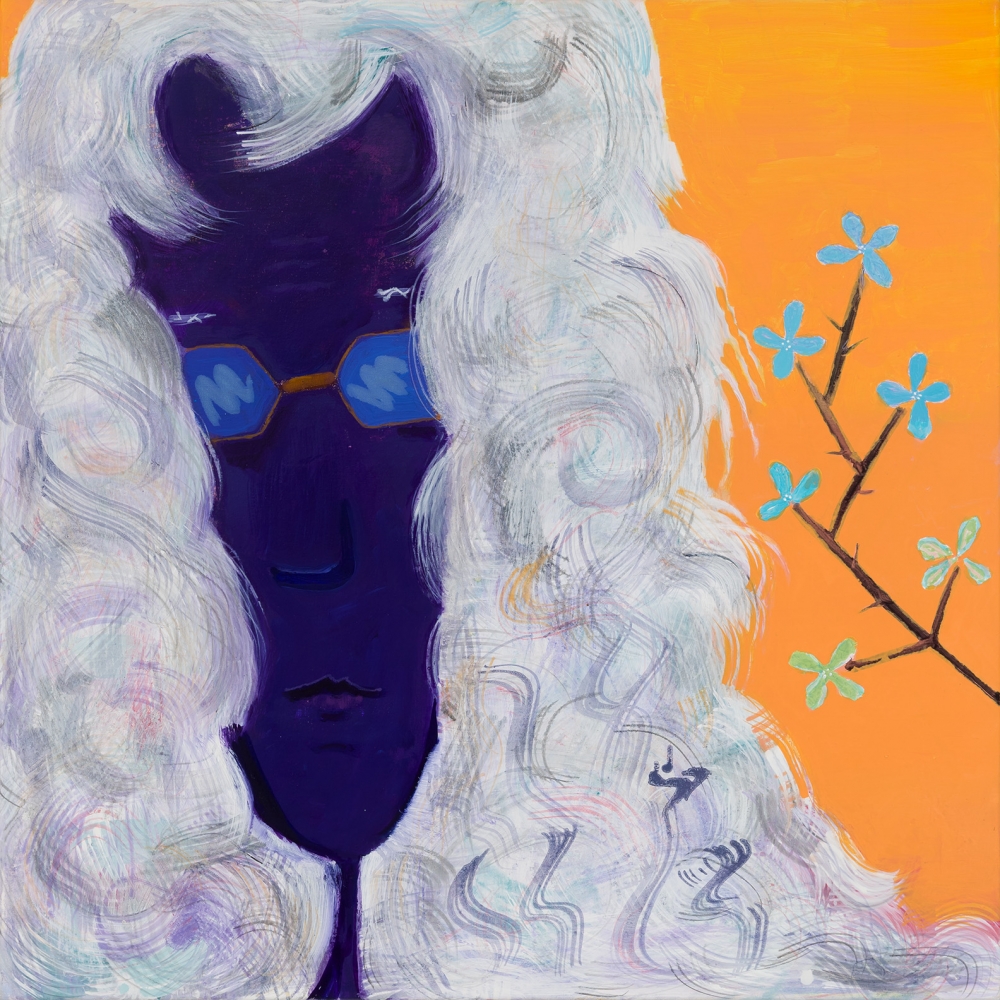 Elena Sisto’s new paintings, on view at Bookstein Projects through October 27, focus smartly on hair. Lively thick brushstrokes snake around diminutive, brightly colored faces, conjuring the stylized coifs of Gustav Klimt and the Vienna Secession. For Klimt, who was working in Vienna when Freud began hypothesizing about the power of the libido, women’s unleashed hair signaled a surrender to mysterious erotic impulses that were simultaneously liberating and entrapping. In Sisto’s work, however, the childlike faces are surrounded by billowing white tendrils. If white-haired women are no longer being observed, Sisto’s paintings imply an alternative narrative: invisibility is a gift that allows women to adjust the gaze inward.

In most of these images, the figure is depicted in profile, facing to the right. The character isn’t concerned with the viewer, and in several, such as Spirited Away and Strawberry Fields, she is absorbed looking at flowers. In Orangefield, the figure looks out at the viewer, but her ’60s-style granny glasses, featuring mirrored lenses, reflect the sky and obscure the eyes behind. Rapunella includes a roiling sea of hair but no face. The hair flows out of a window in a black brick tower, conflating Rapunzel and Cinderella to impart a playful liberation story. In Sisto’s mind, it seems that age offers an escape and provides a new kind of freedom.

Now in her mid sixties, Sisto conveys a sense of what it feels like to be a beautiful older woman in that period of a her life when, no longer whipsawed by hormones or hounded by the male gaze, she can focus on work with new insight and wisdom. Over the past couple of weeks, thanks to the compelling testimony of Christine Blasey Ford, ambitious older women have been reminded of the early years, back in the 1970s and ‘80s, when groping, if not more, was part of the silent bargain struck for liberation and independence. Now, as adults revisiting past experiences, we begin to see these concessions in a different, more troubling light. Sisto’s work, painted with a light touch, suggests that with old age, the prepubescent idyll of clarity and self-knowledge will return.