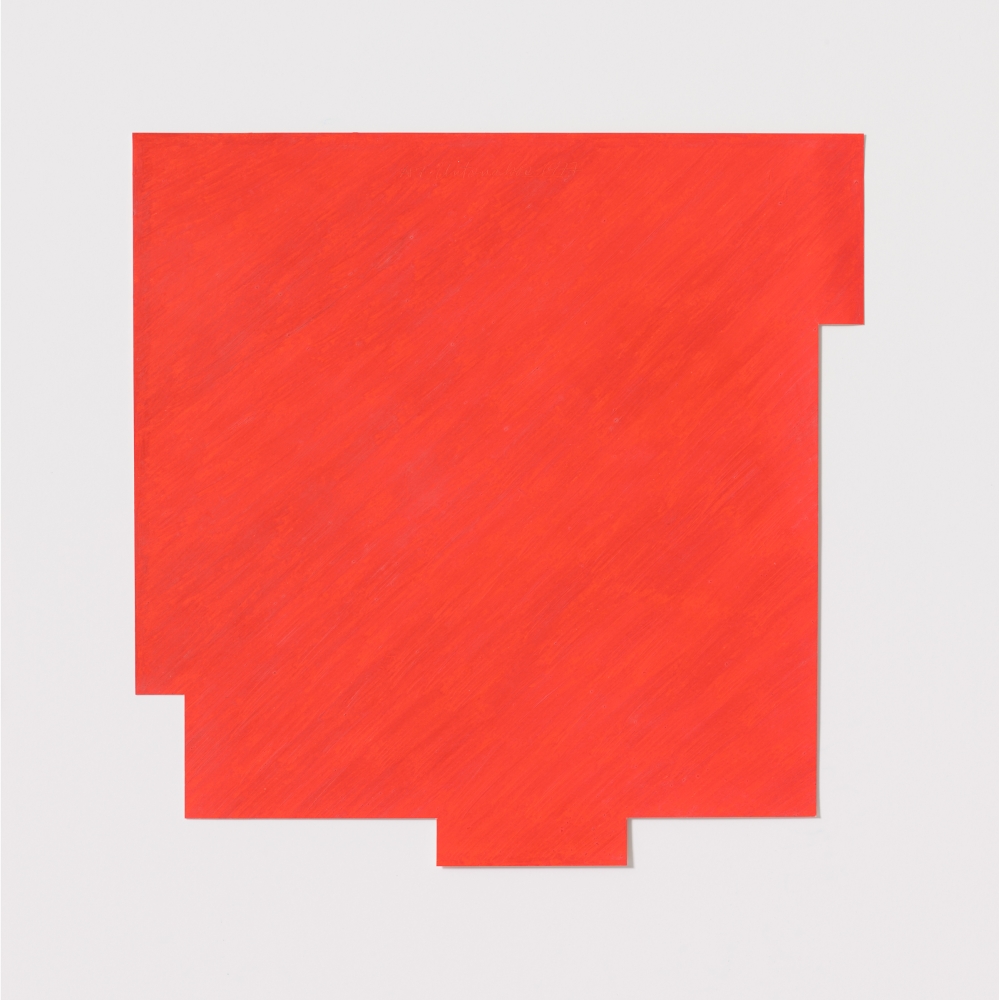 High-impact color and clean forms, a combo of baroque and minimalist impulses, characterized this elegantly installed exhibition. While Stephen Antonakos (1926–2013) is best known for his neon projects, he also produced a sumptuous series of multimedia works on paper titled “The Cuts,” early examples of which accounted for the bulk of this show.

This body of work, rediscovered last summer, fleshed out a project that intrigued Antonakos until 2012. It represents a less familiar aspect of his multifaceted production, consisting of pieces flaunting China marker–ed and penciled grounds that are mostly monochrome with some surfaces cut to create spare and intricate geometric patterns. Best, however, were the works in black and white, white over color, and pure white on white, making their taut structure even more apparent.

Recalling Lucio Fontana’s slashes, Antonakos’s pieces made drawing concrete, the whip-thin cuts the equivalent of line, of channels for light and color, the incompletely outlined forms dynamic in mode. He was always redefining conventional concepts of space, merging painting, sculpture, and architecture in a synthesizing, contemporary interpretation, balancing the phenomenological and the metaphoric, the sensuous and the ascetic, the theatrical and the ritualistic.