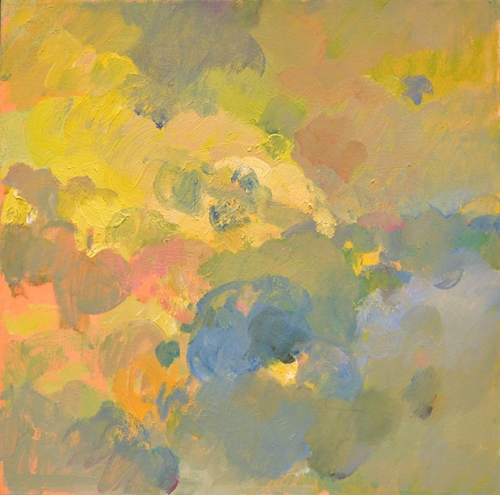 While touring a few of the many small exhibition spaces scattered throughout the city, I was pleasantly reminded that painting requires neither heroic-sized canvases nor the prestige of whitewashed airplane hangars to succeed as significant art. Very small pictures, if painted by gifted artists and installed in an adequate version of what Dave Hickey once dubbed a “clean, well-lighted place,” can produce exhibitions just as ambitious and adventurous as larger-scale projects. This notion, admittedly a modest thing, came to me one afternoon as I found myself given over to three small paintings in three fairly small galleries that each delivered rewards beyond their size. Made by a trio of painters — Lois Dodd, Walker Buckner, and Suzanna Coffey — these canvases address significant issues related to their respective genres while averaging little more than a square foot apiece.

Walker Buckner is an overtly inventive painter, but the light in his paintings at Lori Bookstein Fine Art is unmistakable. The glow he manages to give each picture is to some degree the result of a yellow-orange ground, used in a similar manner to a key signature in music. Parameters set by this pre-established value generate patterns of harmony and dissonance with all subsequent hues. Buckner’s general sense of color falls somewhere between a direct observation of nature and a subjective memory of the same, leaving plenty of room for chromatic ingenuity. In “Full Sky IV” (2012), his free-form interaction with atmospherics barely implies the landscape that initiated its execution. And yet it retains a sense of light and space by anchoring its improvisations to a horizon curving halfway across the center.

Painting is an arm’s-length medium, and that human distance still offers an infinite range of possibilities. With so many artists today working in studios not much larger than the average Chelsea gallery vestibule, it’s possible to miss a great deal of what’s happening by touring only the large, cavernous showplaces.