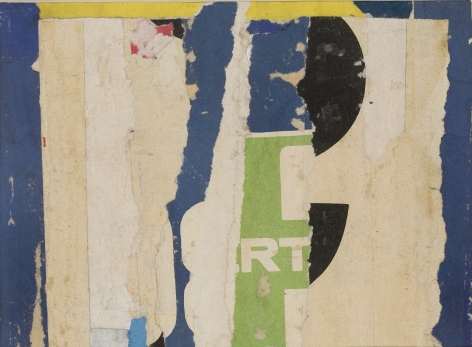 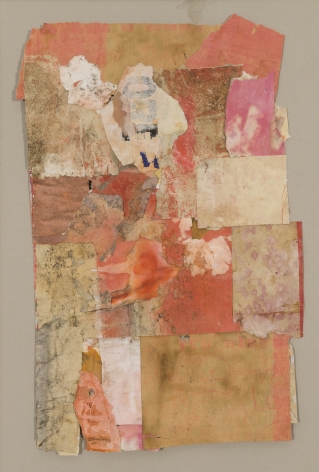 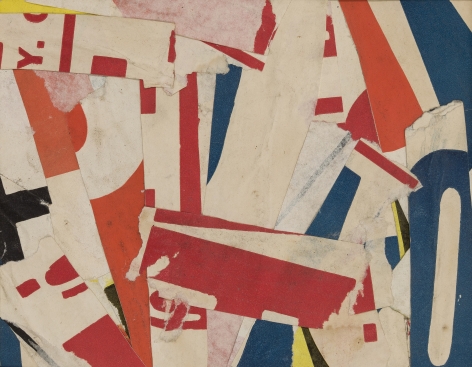 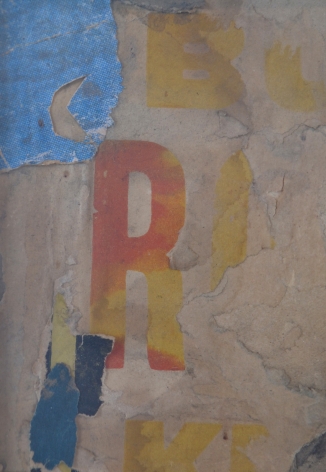 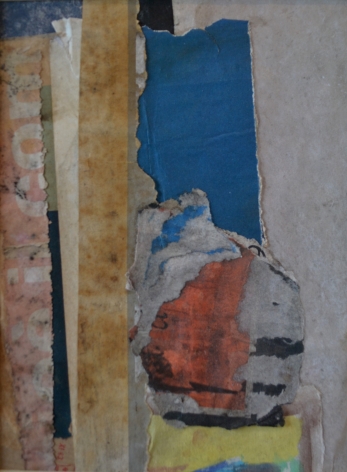 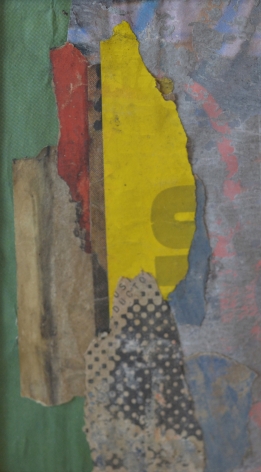 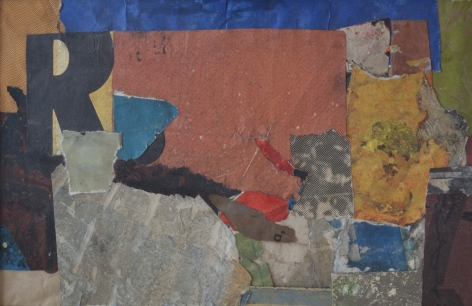 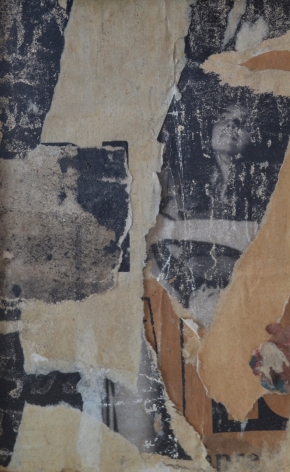 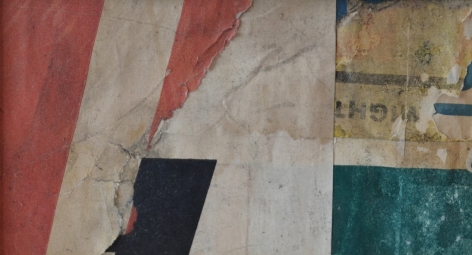 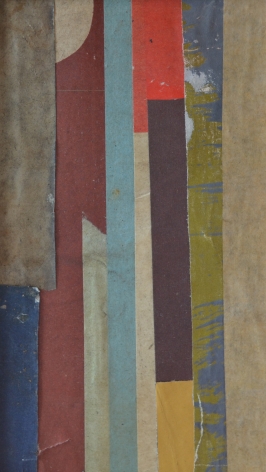 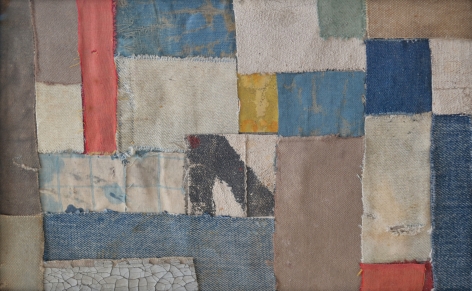 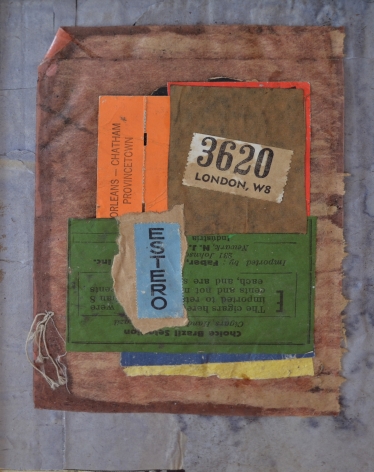 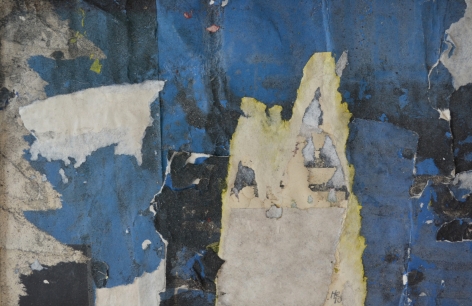 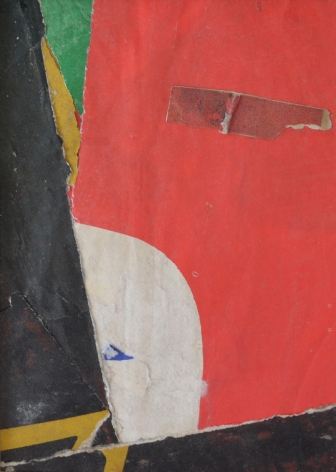 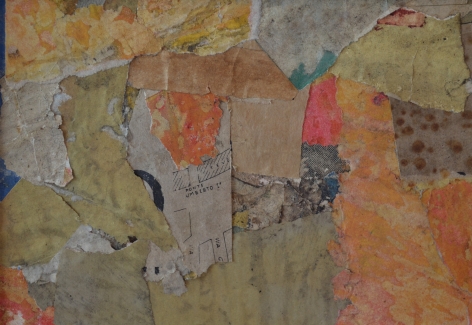 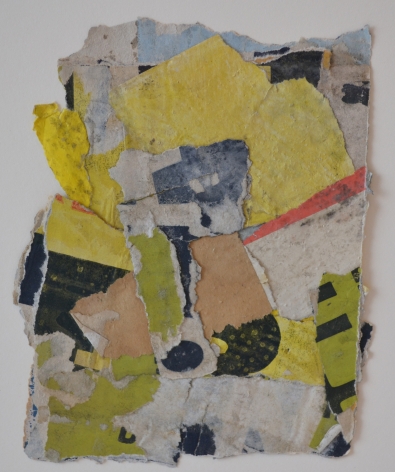 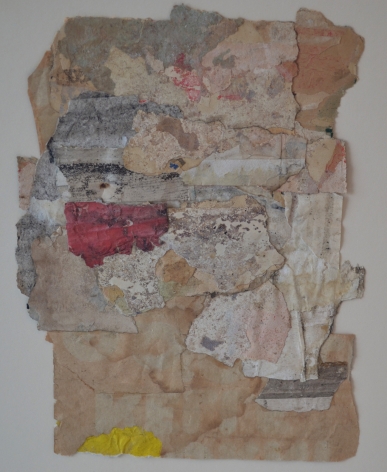 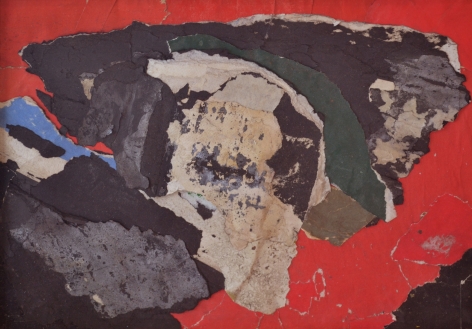 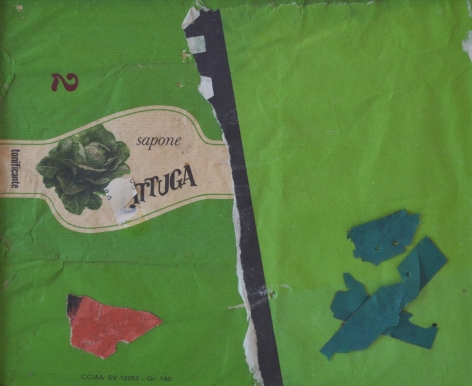 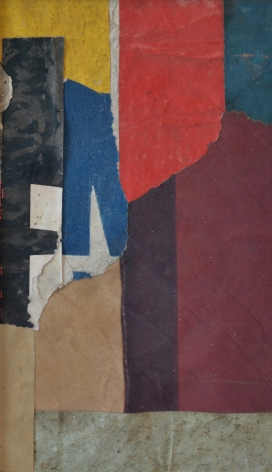 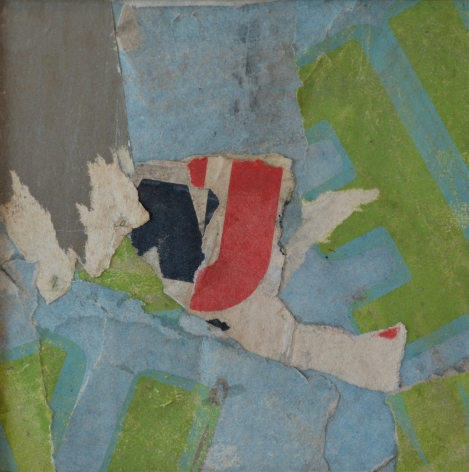 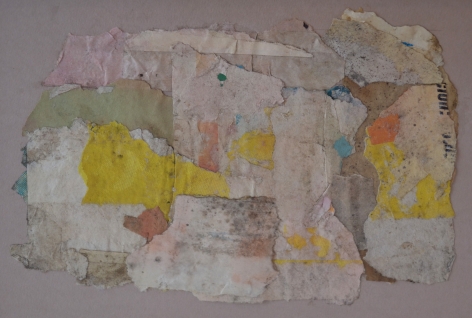 Lori Bookstein Fine Art is pleased to announce an exhibition of collages by Henry Rothman [1910-1990]. This is the artist’s third solo show at the gallery.

Henry Rothman began his art career as a photographer in the thirties, where he found himself naturally drawn to the decay of urban life in New York. The artist photographed everything from ragged advertisements and timeworn shop signs to abandoned homes and buildings in various states of ruin. However, by the late fifties, Rothman began to create unique collages, whereby he maintained his previous interest in the antiquated. The marled surfaces and eroded façades he once photographed were now appropriated by means of torn advertisements and found posters to create formally abstract collages.

A majority of Rothman's collages are marked by text that was printed on the papers he selected. While some words are certainly legible, most often his use of type was formal rather than referential. Indeed, the pattern of the words across the page and shapes of the individual letters seem to be the artist's principal concern. In other places, the bellowing curves and harsh angles of the typography only heighten the disjointed rhythm of the collage. Even in the works that contain no text at all, Rothman was able to create such depth in the way he layered the various textures and surface-finishes of each element that at times, his collages seem to deny their own two-dimensionality.

Henry Rothman studied journalism at New York University and art at the Art School of Vienna. He co-founded the 28th Street Artists in 1947, whose members included Zero Mostel, Joseph deMartini, Henry Kallem and others. His work is in the collections of the Art Institute of Chicago, National Gallery of Canada, Arkansas Arts Center, Provincetown Art Association and Museum as well as the International Museum of Collage, Assemblage and Construction.

A selection of works by gallery artists will be on rotating exhibition in Gallery II.

Henry Rothman: Collages will be on view from April 30 – May 30, 2015. An opening reception will be held on Thursday, April 30th from 6-8 pm. Gallery hours are Tuesday through Saturday, 10:30 am to 6:00 pm. For additional information and/or visual materials, please contact the gallery at (212) 750-0949 or at info@loribooksteinfineart.com.