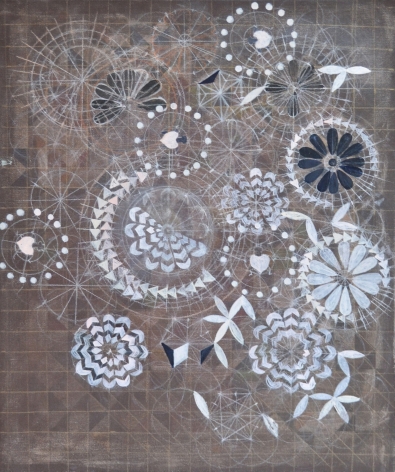 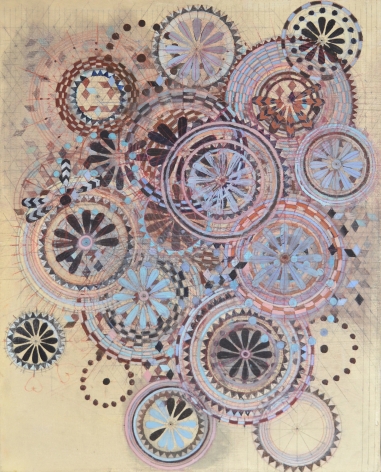 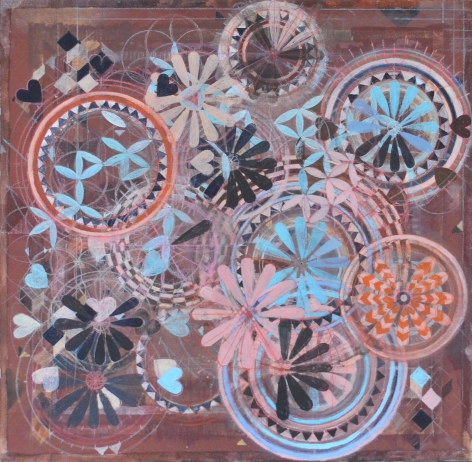 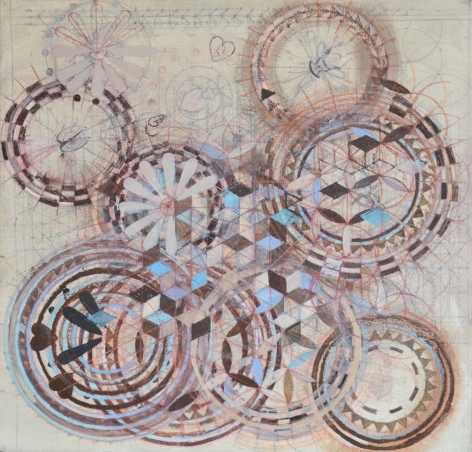 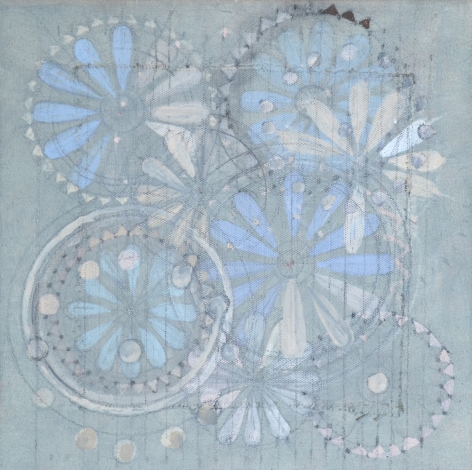 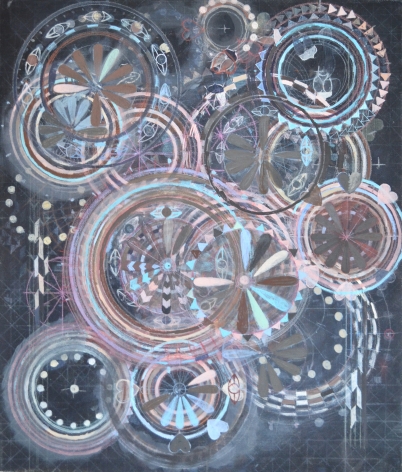 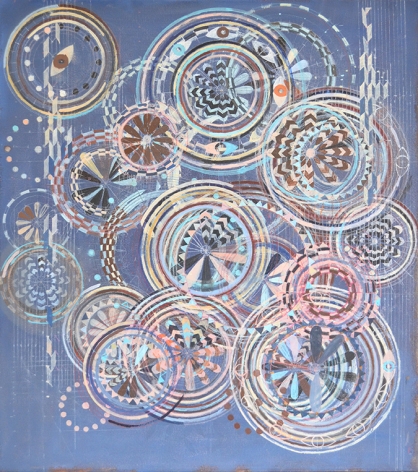 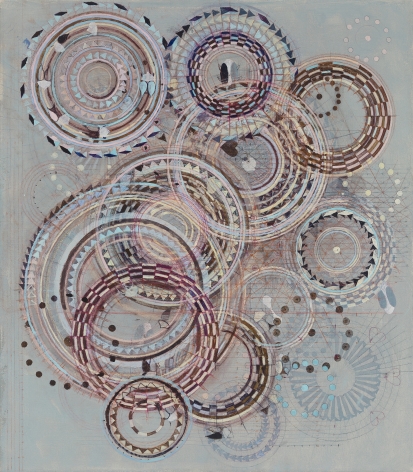 Lori Bookstein Fine Art is pleased to announce an exhibition of recent paintings by Tine Lundsfryd. This is the artist's fourth solo-show with the gallery.

In the most recent work, Lundsfryd continues to expound upon her interest in grid-structures and geometric abstraction, but with a marked concentration on the circle. The compositions in these paintings are primarily articulated by fields of halos and rings in various states of completeness. At times these circular forms seem to suggest the growth rings of trees, celestial symbols or sun dials. In each instance, the rings emanate from the canvas, with circle running into circle in a cyclical pattern of return and renewal.

Created over the last three years, the artist worked on multiple canvases at the same time, often returning to rework previous paintings. Lundsfryd’s compositions evolve out of a series of gentle tugs-of-war between opposing forces. First, either grids are drawn in graphite or colored pencil or forms are painted; in time, these underlying depictions may be reinforced by other girds or painted forms laid over them or co-opted, altered or erased entirely. Indeed, in this way, the circular motif can also be seen as a metaphor for Lundsfryd’s own artistic practice.

The title of the exhibition, Tine Lundsfryd: Circles, Flowers, Feathers, Beetles, Hearts…, describes the many symbols that are found within the paintings. Iconographically, representations of many of these elements have been used with great significance throughout art history and logography. However, once removed from their original context, concepts such as the beetle, the heart, or the flower are distilled into elemental signs and symbols which read clearly across different times and places and attest to the universality of human culture.

Tine Lundsfryd: Circles, Flowers, Feathers, Beetles, Hearts… will be on view from November 14, 2013 – January 4, 2014. An opening reception will be held on Thursday, November 14th from 6-8 pm. Gallery hours are Tuesday through Saturday, 10:30 am to 6:00 pm. For additional information and/or visual materials, please contact Joseph Bunge at (212) 750-0949 or by email at joseph@loribooksteinfineart.com.